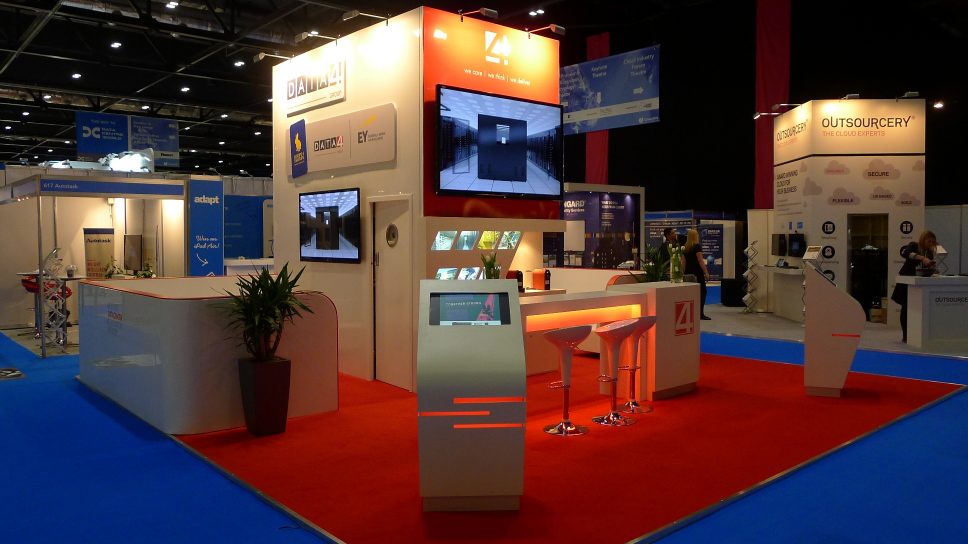 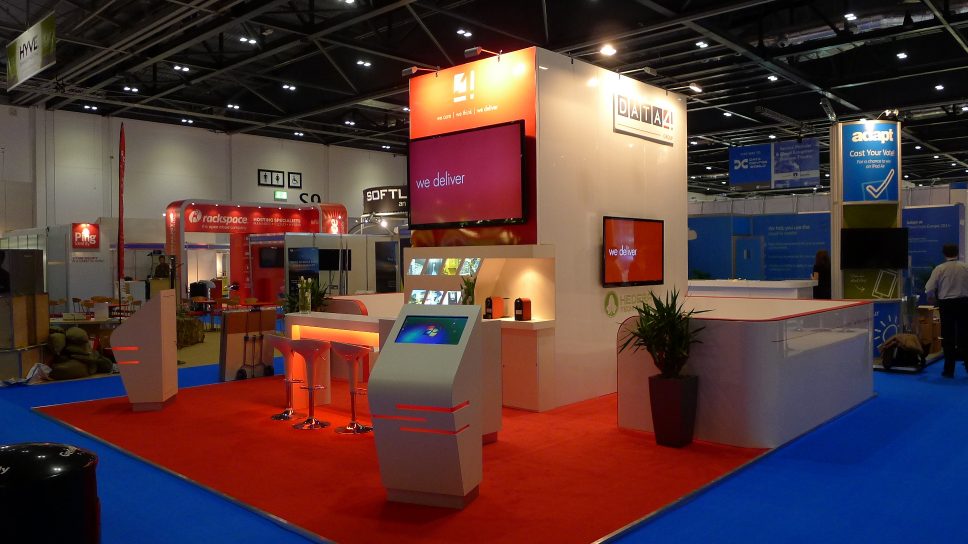 DATA4 Luxembourg are part of the European data centre group, DATA4. We designed, built and project managed their first custom build stand at Cloud Europe at ExCeL London in 2014.

The brief was to create a stand that stood out from the crowd but that incorporated clean, simple design. To this end, we made full use of the space available with a maximum height central tower supported by high gloss facade panels. The stand featured touch screen presentation booths, one 80inch and two 60inch LED screens, two coffee machines and a bar area. The stand was designed and built with a view to using at other shows, and will be used in Monaco later this year.

“We’ve had a lot of congrats concerning the booth! You did such a great job! We are very happy…. Thanks again for everything – we were really impressed. It’s the thinking in the detail that matters. You don’t just want someone to throw a stand up – it’s thinking about logistics and taking some of the pressure off that counts.”

Lets talk about your project

Quite simply, CNM design and build exhibition stands to the highest standards, on time and on budget.... anywhere in the world.